Response to Your Coronavirus (COVID-19) Concerns

Halloween season – how to celebrate and clean your home? 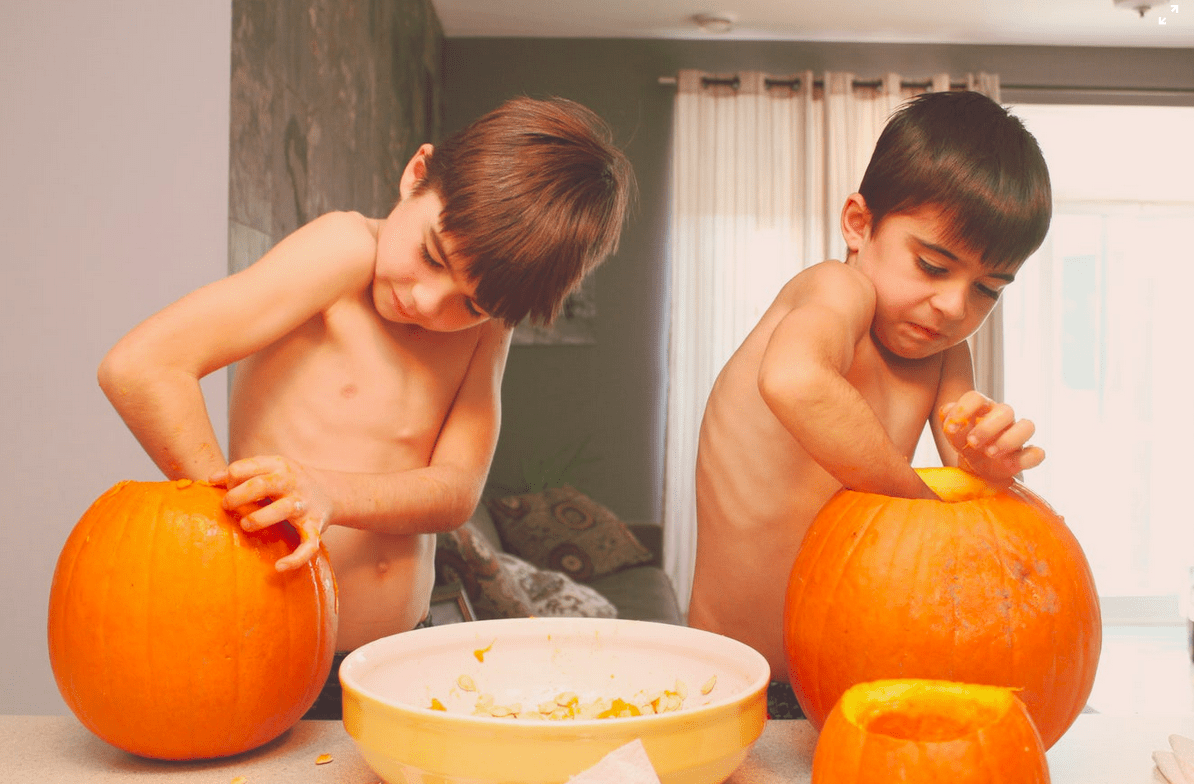 The Halloween is looming! You probably have already figured out how to spend this holiday and stocked up on candy. You might even have a costume (or two) ready for every family member.

Except in the United States, Halloween is celebrated in Ireland, Canada, the United Kingdom, Sweden, Puerto Rico, Japan, New Zealand and some parts of Australia, but the customs are similar in all parts of the world.

Pumpkin patch is probably planned for this weekend and your family will have fun carving pumpkins. And that both means a lot of fun and a lot of mess!

This custom is based on the Irish legend about the blacksmith Jack. Jack was known for his imagination.

Jack offered his soul in exchange for a drink. According to the legend, when the Devil was turned into a coin, Jack quickly put him in his pocket next to the cross – which made the Devil unable to return to his form. This cunning blacksmith released the Devil only when he promised that he would not seek his soul for the next ten years, says the story.

After that, the lecture says that Jack once again managed to fool the Devil by asking him to pick up an apple from the tree. He quickly drew a cross on the tree of the tree, and the Devil could not catch him again.

Yet, as the legend says, when Jack died, he was not received in Heaven because of sinful life, but not in Hell. The devil sent him back, giving him a piece of coal.

According to the tradition, this blacksmith had a tail in his pocket and he put the coal inside. Since then, he has become a wanderer who, trying to find his way home, goes on dark streets carrying a tail in his hand and scaring people around him.

As the legend spread and the witch’s night slowly became an increasingly frequent holiday in countries all over the world, so the story changed. Because of this, some people have carved tomatoes, some potatoes, and everything ended with pumpkin becoming one of the most important symbol of Halloween.

How to clean pumpkin carving mess? In most of the cases, after the holidays the beautiful costumes, spotless makeup and the most delicious sweets leave the biggest spots and the most stubborn dirt. Furniture and carpets are the worst part of the home where the stains end up.

It is fairly easy to clean hardwood and stone floors from pumpkin residues. Use water and cleaning liquid you prefer and everything is done in a matter of minutes. But what if the pumpkin seeds end up in a living room or bedroom?

Pumpkin stains are the most stubborn ones. They are cleaned as all fruit stains. You need a knife, a stain remover, a few clean cloths, warm water and a lot of patience.

Firstly, you should use a knife to scrape off any residual pumpkin stains in order to prevent it from spreading. Then use upholstery cleaning product and gently rub it in with the sponge. When everything is done, use a lot of fresh water and clean cloths to remove the stain. The same process applies to carpets.

No matter what, happy aces of pumpkin carvers are irreplaceable. So, enjoy your holidays and if the cleaning becomes too much for you to handle, you can always book a professional cleaning.

Happy Halloween from Absolute Shine team and we hope you’ll have fun!

Text
Google Rating
4.5
Based on 11 reviews

Roxana V.
20:17 19 Apr 20
I've been using this company for several months and they're the absolute best. They're very respectful of you home, clean it well, and leave little personal touches that I love. I highly recommend them to anyone.

Roberto Pacheco
22:33 31 Aug 19
I purchase a deal with absolute shine and it was worth it every penny. The crew from absolute shine did excellent job they they put incredibly attention to every detail leaving my house the cleanest it has ever been I will definitely hiring them again .

Oscar E. Rocabruna
14:44 22 Aug 19
I’ve used them several times to clean my client's homes and been completely satisfied with their service. Very punctual and trustworthy.

Michael Brown
23:23 14 Nov 18
Used them today to clean my two bedroom, two story townhome today and the two ladies did a fantastic job. I will definitely use their services again.

Meghan Look
22:46 02 May 17
Worth every penny and more! Amazing customer service and the townhouse I was renting ended up looking BETTER than when we moved in. I cannot recommend this company enough!

David Tosado
01:18 05 Apr 17
Sonia and her crew came to my house, worked non-stop for three hours and left the place spotless. I paid a little extra and they did the windows as well. It is a good idea to have Sonia and her girls on speed dial!

Andrew Chanthaphone
18:16 27 Aug 16
We have been using Sonia and company for bi-weekly cleaning and they have been great. They are flexible when needed and communicate to us when they are coming. The workers are very friendly and house is always amazing after they leave. The prices are very reasonable and we are so happy to have hired them.

Jecar Rodriguez
19:13 28 Mar 16
This provider is excellent and does excellent work. Sonia and César go above and beyond cleaning our condo! We love coming home to a fresh scent and seeing everything cleaned and shiny. If you use them, you won't be disappointed.

C.F.N.A Felipe
01:24 28 Mar 16
Sonia and Absolute shine cleaning is extremely efficient.Absolute shine is dedicated to providing the highest customer service and satisfaction,the price is very good (flat price) The book online is amazing i have recommended them to neighbors.

Shekoo M
00:45 27 Mar 16
They were very helpful to come on the same day however the cleaning was terrible and very pricy!
See all reviewsWrite a review